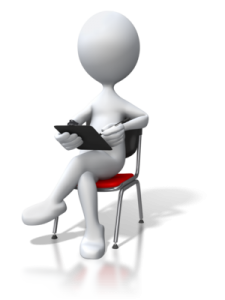 What is a prologue? When should you use one? Should you forget about a prologue and simply start at Chapter 1?

All too often we pick up a published book and read the prologue, then wonder why it was there at all. It doesn’t seem to do anything that Chapter One couldn’t have done – or that couldn’t have been worked in during the story itself. Or the prologue is a scene taken directly from the book – a few paragraphs inserted only to make us keep reading. I feel cheated if I get to a point halfway through the book – or near the end – and find that the prologue is nothing more than a word-for-word excerpt from the book. (Seems like ‘entrapment’ or something!)

Some writing tutors maintain that a prologue should never be there just to provide atmosphere and to ‘hook’ the reader. I don’t agree; it depends on how it is handled. I think there is a place for a prologue to act as a drawcard for the rest of the story – but please, don’t be obvious about it. Don’t ‘cheat’ by just copying a short scene from a ‘cliffhanger moment’ near the end, pasting it in before Chapter 1 and calling it a prologue.

A prologue should reveal significant facts that contribute to our understanding of the plot. It should be vivid and entertaining in its own right (who wants to read a boring prologue, no matter how much of the background it explains?) It should make us want to read on.

What Is A Prologue?

A prologue is used mainly for two reasons.

Apart from these two reasons, a prologue can be used to introduce a certain character’s viewpoint on one occasion only. The rest of the book may be told from just one other viewpoint, or from several different viewpoint characters that are in some way removed from the one you’ve used in the prologue. The prologue can bypass the danger of viewpoint violation.

Do You Need a Prologue?

The points raised above will probably give you a good idea already of whether you really need a prologue. If you’re still not sure, then simply ask:

Perhaps the best way to illustrate the use of a prologue is to actually show one. I’ve chosen not a prologue to a fantasy – the need for a prologue tends to be more obvious in speculative fiction – but a contemporary novel, Mary Stanley’sRevenge (Hodder Headline 2003)

Millicent McHarg sat on an iron chair on the patio in the back garden where the Buddha with its green lights resided. She was wearing her winter coat, her grandmother’s furs and her felt hat with an ostrich feather. As she said herself, she only wore that particular feather when she was feeling triumphant. Nonetheless she was in a thoughtful mood. Her height, her elegance, her fine-boned features were elegant even in repose.

The funeral was over and she was planning on how to proceed. She looked up at the house with her apartment attached at the side. The lights were already on and the warmth from inside almost drew her in. Then she turned and looked down at the orchard. For a moment she thought there was movement among the trees, but not being given to fanciful thinking she quickly dismissed the possibility of a ghost. She had other things on her mind. She thought of her granddaughters in the main part of the house and she considered the options.

She would write the synopsis of a new book, she thought. She would call itDivine Justice, or maybe Retribution. No, she thought. I will call it Revenge. I will never have it published, but I will use it. My God, but I will give it to him, and watch him read it, and then he’ll know. I will people it with real characters, and she ran through the list in her mind:

Millicent McHarg grandmother and author, known as Grammer to the children

Prunella McHarg eldest granddaughter aged seventeen at the start of the story, known as Plumpet

I’ll let them tell the story, Millicent decided. And I’ll include Theresa Carmody. She can tell her story too.

It was very cold on the patio and the plan was forming nicely. The door from her apartment into the garden opened, and Waldorf appeared on the step.

“Millie,” he called, “are you really sitting out there in this weather? Is that really you?”

“The one and only,” she said, which observation pretty much summed her up.

“I thought I saw a ghost,” he commented lightly, “down among the trees.”

“I think not,” said Millicent McHarg. “I doubt that a ghost would dare to hover here.”

“Too right,” Waldorf replied. A tall thin humorous man, slightly older than Millicent, he talked with a plum in his mouth and was given to wearing a buttonhole, swinging an umbrella and talking in riddles.

“I’ll follow in a moment,” she replied. “I’m just putting the finishing touches to a new book.”

“I should think you’ve done enough for one day,” he said dryly.

We’ll see about that, she thought.

I probably don’t need to explain to you why this prologue works so well – but let’s examine it in a little more detail anyway.

After the prologue, the story begins: Chapter 1 – the story of Prunella McHarg. We are happy to settle in and get to know all these characters – because this short prologue has promised us that they will be worth getting to know.

Before you make a final decision about whether to write a prologue for your book, do this.

Spend some time at the library (or at your bookshelves at home, if they are extensive). Pluck books from the shelves, looking for prologues. Read through at least a dozen. More if you can. The time will be well spent.

Which prologues worked well? Which pulled you into the story? Which cleverly outlined the backstory, getting it out of the way before the story started?

Which dragged? Which didn’t need to be there at all? Which were weighed down by the load of the information they had to carry, and bored you? How could they be fixed?

Analysis of published work is an excellent way of deciding what works and what doesn’t. You are a reader as well as a writer; you know a lot about what readers like. Make sure you’re a writer that gives your readers what they need, as well as what you want.