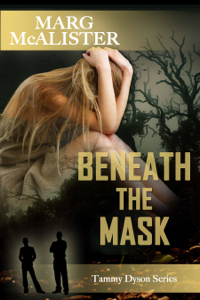 On the surface, Tammy Dyson’s life is idyllic. Her mother Susannah is bubbly, generous and talented, and her father Danny is highly respected in the community. Her handsome football-hero big brother Garrett is wildly popular, and even 18-year-old Kyle seems to have settled down at last, working for his uncle.
But all is not as it seems…
Beneath his genial public mask, her father is a cold-hearted con-man, and both of her brothers take vindictive pleasure in tormenting her. All three resent the way Tammy’s mother protects her.Then the worst thing imaginable happens: Tammy’s mother is diagnosed with terminal cancer. Tammy is not only heartbroken but increasingly fearful. Her father grows angrier and less predictable by the day, and when nobody else is there to see, her brother Garrett’s violence escalates.  Tammy tries to keep things afloat, but as her mother’s health deteriorates she finally cracks and phones her aunt Nat to beg for help.
One of the few people who has never been fooled by her brother-in-law’s public persona, Nat Arnold immediately makes her way to Baton Rouge to look after her sister in her final days. Keeping her eyes and ears open, she is shocked and angered by what she finds. Racing against time, she becomes embroiled in a dangerous game to expose Danny Dyson and rescue Tammy before things spiral too far out of control.
Download Now