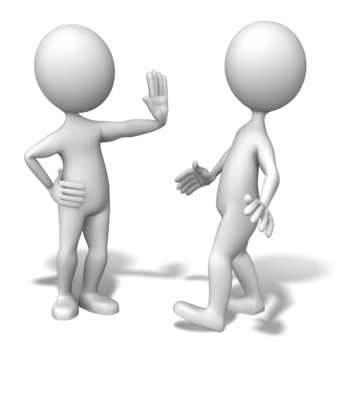 What’s the one thing that is most likely to make a reader discard a book without finishing it? An unlikeable character.

This was brought home to me forcibly last week, when I had to read a book ready for discussion at a book club meeting. This was the very first meeting – not just the first one for me, but the first one for the book club. Therefore I felt as though I “had to” read the book and be ready to discuss it.

It was a huge struggle. By page 5 I was already beginning to get that “uh oh” feeling.

I struggled on until I reached the end of the opening chapter – around page 14, I think. Then I put the book down and turned off my reading light. The following week, the day before the book club meeting, I heaved a sigh and picked up the book again. I got as far as page 29 then flicked through to read a paragraph here, a page there… and gave up. I commented to my husband that I would rather have someone stick skewers in my eyes than to finish this book – and put it down to pick up another one.

Once, I used to feel as though I was somehow duty bound to finish a book if I started it. (Even more so if I actually paid money for it rather than borrowed it from the library.) These days, if I don’t like a book, I don’t persevere. Life’s too short – and there are too many enjoyable books waiting for me, with characters I actually like! And that, for me, is the crunch.

I have to like the person I’m going to be spending somewhere between three and ten hours with. I don’t mind if that character is flawed, as long as they are trying to do the best they can and don’t take pleasure in hurting other people. Many writers don’t understand how crucial it is to create a character that readers will like. Others simply have no idea that their character is coming across as a bore, a sadist or a whiner. Which leads us nicely into a few of the types of characters that readers don’t like – in no particular order.

This is the character that spends far too much time discussing or thinking about dull or everyday things. I’m not talking about the ‘seasoning’ of everyday actions that you find in any novel – the sorts of things that make us believe that the character is a real person. I’m talking about extended conversations with other characters about things that have nothing to do with the main thrust of the novel.

I’m also talking about characters that are created as a convenient excuse for the writer to beat her breast about some ‘issue’ – politics, or the environment, or endangered species. People who go on and on about things in real life are boring – so why should a character be able to get away with it?

You will find the sadist in quite a few romance novels – luckily, he is dying out (it’s almost always a ‘he’). At one time, romance novelists thought that women liked reading about a hero who was rude and arrogant and unfeeling (just until the heroine came along to tame him, of course).

I used to read manuscripts featuring these heroes and want to gag. The poor heroine would put up with some arrogant male who would insult her; pay her poorly (if he was her boss, as was often the case); kiss her ‘savagely’ and then abandon her; lead her on until she fell in love with him and then desert her (because of some hangup with women) and so on. No self-respecting woman would have put up with this for a minute.

The other kind of sadist is the ‘bad boy’ who turns over a new leaf. This can work well, but not if the ‘bad boy’ is truly evil to begin with. If you’re writing about a sociopath, then he’s not likely to suddenly change and become a nice person just because he’s met an understanding woman. I remember reading one manuscript featuring a hero who was a police officer. The book was mostly written in his viewpoint – and the opening scene showed him bashing his wife.

Apparently he’d done it before, and was always remorseful – but kept doing it. This is hardly a hero that most women (OR men) will identify with.

Just as most sadists created by writers are men, most whiners are women. The Whiner spends a disproportionate amount of time bewailing her lot or feeling sorry for herself. She’s depressed or pessimistic about her lot in life, and before too long the reader becomes depressed as well.

If you’re creating an underdog who wins through, then please – PLEASE – make this character the kind of underdog that rallies in difficult times and comes back fighting. Readers like characters that keep trying, despite the odds. They like to cheer for a character who struggles, especially if the odds sometimes seem insurmountable. They are delighted when a character *earns* his or her success.

Sure, your character can take a short time to lick his wounds and feel a moment or two of despair – but then we want to see that character thinking about what to do next and then taking action, not sitting around in a black cloud waiting for someone else to come to the rescue.

Next time you’re editing your work, take a good long look at your characters, and make sure they’re the kind of people YOU’D want to spend time with. If you’re not sure, ask several writing friends to read through a few scenes and give you honest feedback. You might be surprised how often a character that you’d thought to be sensitive and caring is simply coming across as a spineless, characterless doormat. Ouch!

TIP: If you have a character that needs spicing up, do this: Rewrite a scene giving this person a totally different personality. Make them funnier, or sassier, or bolder. Give them a different way of talking.

Leave your scene for a day or two before you come back and read both versions. Many writers who have done this have been surprised at how much they preferred the character with the makeover!