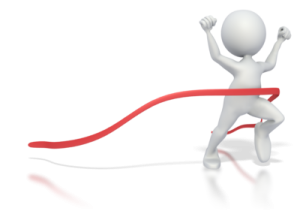 Story endings are hard to write – often much harder than beginnings. Any author who wants to be published must understand how to write a book with a powerful ending.

It’s important to know two things: one, what will disappoint readers (and editors) and two, what works well.

All too often, readers reach the end of a book and close it with a sense of disappointment. This can be due to many reasons (including what kind of day the reader has had!) but the following four ‘duds’ are amongst the biggest offenders.

The Story Ending That Is Too Good to be True

The underdog not only wins through but is suddenly popular, rich and powerful. The ugly duckling swaps glasses for contact lenses, ditches the frumpy hairdo, loses weight, dresses better and marries the ‘prince’. The author’s mantra here should be “the hero can end up with what he MOST wants, but not EVERYTHING he wants.”

Build up to the story climax, write the final powerful scene, then get out of there. Any scenes that follow the story resolution should be short so they don’t detract from the ending. Part of a writer’s craft lies in understanding how to tie up various plot threads ahead of time, so they are not faced with having to explain it all right at the end.

In other cases, the author fails to answer questions simply because they’ve forgotten. In the race to finish the book (Hooray! It’s done at last!) they’ve missed resolving some ‘minor’ point. Unfortunately, readers usually keep turning pages because they’re curious about what happened… and this applies to lesser plot elements as well as the main story question. By keeping a plot notebook, authors can help to eliminate this problem. A story timeline can include all questions that need to be answered by the end of the book.

The Story Ending That Kills off the Main Character

Authors who kill off the main character (or let them die from some ailment) will defend their decision to the end: “In real life, people die. Life’s not always perfect,” or “He had to die to be true to the story.”

Some readers agree and don’t mind the main character dying (even if they shed a tear or two) but readers treat it as the ultimate betrayal. They have identified with this character; they have lived in his skin; they have viewed the world through his eyes; they have felt what he feels. The main character’s death is like a death in the family. Authors who want to sell the novel and to win readers should give careful thought to the fate of the main character.

Some Good Ways to Craft a Story Ending

Relate the end to the beginning. At the beginning of the story, the main character’s life should have changed in some way (otherwise there wouldn’t be a story). This might be as a result of some traumatic event, or perhaps because he has hit rock bottom and resolves to change. He might have decided to aim for a seemingly unachievable goal, and the story is about the struggle to get there. Whatever started the story rolling should be reflected in the ending. (He achieves the goal or wins the girl or captures the killer.) This is sometimes known as the ‘circular’ ending. (You can read more about this and linear endings in Ansen Dibell’s book Elements of Fiction Writing: Plot.)

Show How the Characters Have Grown and Changed

The story is about a journey: the characters try things and (one hopes) learn from their mistakes, then try again. A character might end up somewhere completely different to what he had envisaged, but be quite happy in that place, because his world view has changed. For example, ‘to become rich’ might be the driving force until the hero is diagnosed with a life-threatening illness; then the primary goal is ‘to become well’. Static characters don’t show any kind of growth, and are less likely to satisfy readers. While an ending doesn’t have to be Hollywood-happy, it should satisfy the reader. At the very least, the main character should end up with some sense of hope that things look better for the future.

Most readers treat a novel as an escape from the real world. In the real world, things go wrong; sometimes consequences are dire. A book, however, offers an opportunity to spend a few hours in a happier place, where (mostly) things work out in the end. Authors should keep this in mind.