Getting to Know Your Characters 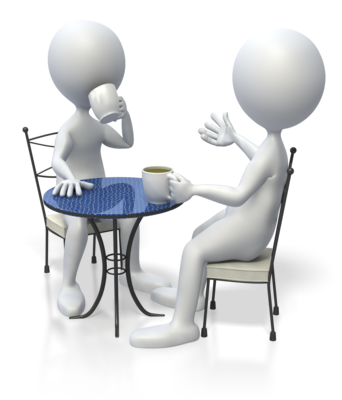 Interesting characters that readers care about are the most important ‘ingredients’ in your novel.

You can have a wonderful plot with twists and turns and a humdinger of a surprise ending… but if the reader doesn’t believe in your characters, all that plotting has gone to waste.

You can have a setting that seems so vivid you could imagine walking into it… but if the reader is bored by your characters, you might as well have not described the setting at all.

Characters are all important. To identify with them, the reader must believe in them. The reader must like them (at least the main character) – otherwise, why bother reading about them?

1. You have to get inside the character’s skin.

Why? The reader ‘becomes’ the main character. What happens to that character happens to the reader. If she is cold, the reader is cold. If she is in despair, the reader feels that heavy weight of hopelessness. If she is scared, the reader looks over his shoulder. A common problem with beginning writers’ manuscripts is that the story is told ‘from a distance’ – it’s as though someone is looking on, rather than being in the scene and experiencing everything for herself.

Don’t let her do something foolish just because you need to get her into a sticky situation to suit the plot. Don’t let her suddenly become ‘helpless’ just so someone else can rescue her. The same applies in reverse: don’t let her suddenly start taking incomprehensible risks if you have shown her thus far to be sensible and moderate.

3. You need to give your characters a backstory.

Your characters should not appear as though they’ve sprung fully formed into the world. Our life experiences leave their mark on us all – it’s the same with your characters. Take the time to sit and think about your character: build a profile on paper if you think that will help.

What were the key experiences in this person’s life? What was the worst thing that ever happened to her? What was the best thing? How would she react if physically attacked? How would she react if verbally attacked? What was her childhood like? What were her parents like? What are her politics? When you really know your characters, their actions and words will flow far more eaily from your brain to the page (or screen!).

4. You must think carefully about your characters’ names.

The number one rule: try to avoid having two characters with names that look similar on the page. Laura and Linda. Brendan and Ben. Nick and Mick. The reader can easily get confused.

The number three rule: Choose names that suit the character. The reader can be totally turned off if you (for example) use an ugly name for a beautiful girl – unless this is relevant to the story, such as someone being teased unmercifully throughout her childhood because of an ugly name, so she still bears the mental scars when the story opens.

When you finish a book with a sense of regret because you don’t want to leave well-liked characters behind, put on your writer’s hat. Why did these characters appeal so much? Can you identify any techniques the writer has used? (Think about how the writer has appealed to the emotions of the reader – this is usually the key to strong identification with characters.)