Does Your Fight Scene Pack a Punch? 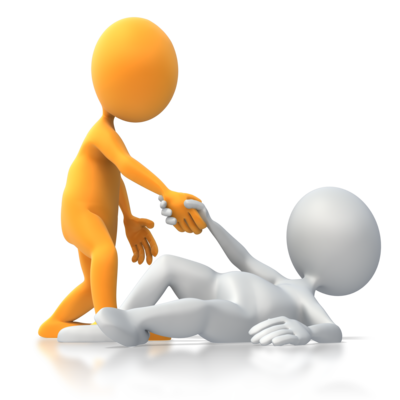 Long ago, movie directors mastered the technique of creating a convincing fight scene. Bodies crash to the floor.. chairs are upended… viewers are treated to closeups of terrified or furious faces… and the punches thrown are enough to make us wince and close our eyes. (No more of those prissy punches that fooled nobody in the early films – sneaky camera angles to hide the fact that the fist didn’t really connect; loud thuds to suggest a knockout punch when anybody could see it wouldn’t knock a gnat out of its flight path.)

Movie-goers are treated to multiple camera angles and sophisticated sound effects. We feel as though we’re right in the middle of that fight.

Authors have it a lot harder. How can you throw the reader in the middle of the scene and feel every punch? How can you show the action without falling into the trap of sounding like a school kid enthusiastically detailing a fight, punch by punch; kick by kick?

There are just two things to keep in mind.

That’s it. So simple – yet so effective.

What does a choreographer do? Plans a series of movements, step by step. He/she teaches the people performing the movements how to perform each one, and then how to put them together into a smooth routine.

Smith fell to the ground and rolled away. “Bastard!” he grunted, and rolled again to avoid a well-aimed kick from Briggs. Cat-like, he leapt to his feet and circled Briggs, not taking his eyes off his nemesis.

“Come on!” Briggs taunted, darting in to land another punch then ducking back out of reach. “Is that the best you can do?” He feinted and laughed.

Infuriated, Smith attacked. Briggs danced back and around Smith, and in two deft moves had him on the ground, one arm up behind his back.

“Had enough?” he panted.

There are so many things wrong with the above scene it’s hard to know where to start. In brief:

How do you avoid these pitfalls and write a fight scene that works?

You forget (for the most part) the physical punches and add emotional punch. Get deep into the viewpoint of one of the characters – preferably the main character; the one the reader really identifies with. This way, readers look out through the eyes of that character. They desperately want him to win; they feel every punch. Therefore, there’s a lot more emotional investment in the outcome of the fight.

Most writers seem to feel that fight scenes have to be filled with fast movement, grunts and moans and shouted epithets to telegraph the action. They feel that if you stop to tell the reader what’s going on in the head of the main character, this slows things down too much.

That certainly can be the case… but in the hands of a skilled writer, tension actually builds when the action is slowed down. You need to remember that time-on-the-page is not the same as real time. Since you can’t actually show the reader what is going on in real time as you can in a movie, you have to compensate by spending some time in the mind of the main character. Show us the character’s thoughts. Show us the character’s emotions. Help us to “feel” our way into the fight.

The easiest way to show how this works is to use an example from a published book. Here’s a fight scene from ECHO BURNING by Lee Child (Bantam Press, 2001). The hero, Jack Reacher, tries to avoid the fight… and the tension builds beautifully until he is forced into a confrontation.

The guy was wearing a white tank-top shirt and he was eating chicken wings. The wings were greasy and the guy was a slob. He was dripping chicken fat off his chin and off his fingers onto his shirt. There was a dark teardrop shape right between his pecs. It was growing and spreading into an impressive stain. But the best bar-room etiquette doesn’t let you linger on such a sight, and the guy caught Reacher staring.

“Who you looking at?” he said.

It was said low and aggressively, but Reacher ignored it.

“Who you looking at?” the guy said again.

Reacher’s experience was, they say it once, maybe nothing’s going to happen. But they say it twice, then trouble’s on the way. Fundamental problem is, they take a lack of response as evidence that you’re worried. That they’re winning. But then, they won’t let you answer, anyway.

“You looking at me?” the guy said.

The way he said boy made Reacher think he was maybe a foreman in a lumber mill or a cotton operation. Whatever muscle work was done around Lubbock. Some kind of a traditional trade passed down through the generations. Certainly the word cop never came to his mind. But then he was relatively new to Texas.

Reacher turned his head and looked at him. Not really to antagonize the guy. Just to size him up. Life is endlessly capable of surprises, so he knew one day he would come face to face with his physical equal. With somebody who might worry him. But he looked and saw this wasn’t the day. So he just smiled and looked away again.

Then the guy jabbed him with his finger.

It was a meaty forefinger and it was covered in grease. It left a definite mark on Reacher’s shirt.

“Don’t do that,” Reacher said.

Reacher looked down. Now there were two marks. The buy jabbed again. Three jabs, three marks. Reacher clamped his teeth. What were three greasy marks on a shirt? He started a slow count to ten. Then the guy jabbed again, before he even reached eight.

“You want to do something about it?”

The guy smiled. “Then you’re a yellow-bellied piece of shit.”

“Whatever,” Reacher said. “Just keep your hands off me.”

“You want to take this outside?” the guy asked.

“Touch me again and you’ll find out,” Reacher said. “I warned you four times.”

The guy paused a second. Then, of course, he went for it again. Reacher caught the finger on the way in and snapped it at the first knuckle. Just folded it upward like he was turning a door handle. Then because he was irritated he leaned forward and head-butted the guy full in the face. It was a smooth move, well-delivered, but it was backed off to maybe half of what it might have been. No need to put the guy in a coma, over four grease marks on a shirt. He moved a pace to give the man room to fall, and backed into the woman on his right.

The woman nodded vaguely, disoriented by the noise, concentrating on her drink, unaware of what was happening. The big guy thumped silently on the floorboards and Reacher used the sole of his shoe to roll him half onto his front. Then he nudged him under the chin with his toe to pull his head back and straighten his airway. The recovery position, paramedics call it. Stops you choking while you’re out.

Of course, this scene just shows a quietly escalating fight and it shows a hero who has the ability to take a fight to a quick conclusion. You’re going to have to use a slightly different approach if you have several people involved and if you have a fast and furious fight with two more evenly matched aggressors. But the principle is the same.

Don’t let the reader watch the fight from a distance. Get them into the skin of the main character, privy to his thoughts and his emotions. Let readers feel the impact of fists and feet; let them experience the adrenaline (or irritation, depending on the level of provocation). Then your fight scenes will pack the kind of punch you want.