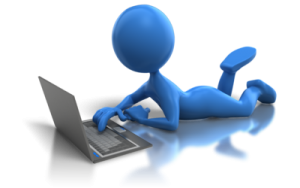 Beginning writers often tend to think of a book as a series of chapters. It’s actually more useful to regard it as a series of linked scenes. Why? Because it makes it a lot easier to control the pace of your story.

‘Pace’ may be described as the forward movement of your story. Sometimes it will move at a slower pace than at other times. What you need to aim for is a story that moves along fast enough to maintain reader interest, but not at such breakneck speed that the reader doesn’t have time to get to know the characters or assimilate the plot. Nor do you want your story to slow down too much. That can lead to your reader closing the book. (If that reader happens to be the editor to whom you hope to sell the story, you’re in big trouble.)

Scenes that contain a lot of action or conflict tend to elevate the reader’s blood pressure. They have her whipping through the pages, anxious to absorb every moment of the drama being played out. A novel full of such scenes:

None of us can put up with constantly high stress levels without burning out!

A book that moves at too rapid a pace is like a movie packed with one action scene after another-it’s all too much. To appreciate and enjoy the conflict when it happens (in a nail-biting kind of way) we need periods of calm between the storms. These alternating scenarios can be regarded as scenes and their sequels.

The scene involves the main characters in action and/or conflict. It usually contains dialogue. Picture it as a scene from a movie – lights, camera, ACTION!

Following such a scene, you give your reader a chance to breathe, by moving into the sequel. The sequel is the logical aftermath of the scene. In the sequel, the viewpoint character has time to think about what has just happened, what it means to him/her, and what he/she intends to do next. By planning your novel as a series of scenes and sequels, you can control the pace.

Want to slow things down? Expand the sequel, the ‘calm’ period, which gives the character (and the reader) ‘time out’.

Want to speed things up? Shorten the sequel. For example:

‘By the time Marianne reached her apartment, she was good and mad. There was no way she intended to let Jake Rockford get away with a pathetic story like that! Five minutes after walking through her front door, she was dialling the Rockford’s number. Within half an hour, she was pulling up in her sister’s driveway, ready to do battle.’

In just a few lines, you have pitchforked the reader into the next action-packed scene. We know that Marianne doesn’t believe Jake’s story. We know she’s eager to confront Julie and/or Jake. And we haven’t wasted any time getting her there: one scene leads very quickly into the next, thus keeping the story moving along at a smart clip.

Learn to use scene and sequel effectively, and you retain control over the pacing of your novel. At all times the paramount question in your mind should be: How will this scene advance the story? If the answer is ‘I don’t know’ or ‘It won’t, really’ – then out it goes, no matter how well-written it is.

The Structure Of A Scene

The viewpoint character in each scene should have a goal.
Why? So you don’t include scenes that go nowhere and achieve nothing. Scenes that bog your story down.

hese are the things you should take into consideration when planning a scene:

1. What is the viewpoint character’s goal?

2. What is the source of conflict?

3. Does your scene end dramatically?

4. Have you planned the scene’s sequel?