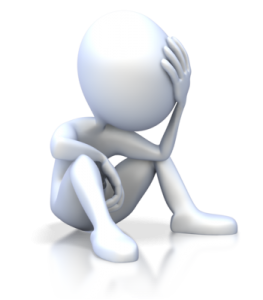 The rejection letter says: “Your story, on the surface, appears to be well-told and has appealing characters. However, the writing is episodic; the story lacks direction.”

You frown. Huh? The story lacks direction? How could it? Your main character is on a quest; how much more of a direction could you have than that?

Clearly, this editor doesn’t know what she’s talking about. Oh well. It takes all types… you bundle up your manuscript and send it out to the next publisher.

Six rejections later, you feel more than a bit miffed. This is a good story; everyone in your writing group says so. Your writing style is smooth and accomplished (even a few editors have said that).

So why the heck do they keep rejecting it? It’s something to do with the plot; that much is clear. But what?

If you’re lucky enough to get feedback, look for clues in the comments that have been made. The moment you see the word ‘episodic’, that is the biggest and best clue you could have. Not all editors will use this term. They might say things like ‘what is the story question?’ or ‘the character has no clear-cut goal’ or ‘there is no character growth’. All of these things can point to your story being episodic.

If someone tells you that your story is ‘episodic’, they mean that your story is a series of episodes, or events, that are very loosely tied together. The “events” crop up one after the other as a way of entertaining the reader, but there is little character growth between one episode and the next. Nor can we easily see how one event grows out of the one before.

Some examples of how a story may be episodic:

(a) The “Little Tommy had never had such an exciting day!” theme:

FIRST: A child starts out in a normal/boring situation. Then something happens to change things. (A child might find a doorway into a magic kingdom, go on a balloon ride, go to stay on the grandparents’ farm etc etc)

THIRD: The child says “What a lovely day I’ve had. I’ll keep this fairy land a secret, but I’ll keep going back to have more fun with my new friends!” (Or: “Phew. I’m glad that’s over. I’m so happy to be back home!”)

What’s wrong with this? There is no plot. Just a bunch of ‘stuff’ that happens to fill in time.

FIRST: The main character is drawn into a different world or discovers that he/she is ‘the chosen one’.

SECOND: This character is presented with a ‘quest’ to prove his worthiness to take up the mantle of the Chosen One. (He might have to free a character/being from enchantment or imprisonment, OR to learn to use the magic that is buried deep within, OR to right a great wrong etc etc.)

FOURTH: The character overcomes each obstacle in turn. He finally frees the imprisoned Queen or finds the Sword of Destiny or whatever. He saves the land from annihilation or closes the door between two worlds and keeps evil at bay for another 1000 years.

Now, before you indignantly start to point out the many classic (and popular) fantasy novels that fit into the above formula, let me point out why some books work and some don’t (even though they appear to have the same ‘ingredients’). This applies to any genre.

1. The character is reactive rather than proactive.

In other words, he spends the book stumbling from one obstacle to another, reacting to whatever crops up. He doesn’t sit down and formulate a clear plan of action. Quite often, other characters guide the outcome.

2. There is no story question.

The ‘story question’ is the question that is aroused in the reader’s mind at the beginning of the story: “Will the guy get the girl?”; “Will Mary succeed in taking over the firm?”; “Will Xanor take his rightful place as Head of the Galaxy Alien Committee?”; “Will Laura track down the serial killer before she becomes the next victim?”; “How will Toby find his way back from the Land of Giants?” and so on.

You can see why ‘Little Tommy’s Exciting Day’ type of story doesn’t succeed. Tommy doesn’t set out to do anything or solve a problem (other than being bored) and is faced with no challenges along the way. Stuff just happens.

Any book needs to answer the story question, but it must be more than a simple yes or no. It must show HOW the main character achieved his goal, and it must show how the character grows and changes as he pursues his goal. He needs to have a plan of action. Inevitably, he will need to adapt to circumstances – but with each new obstacle, the main character must (1) react; (2) evaluate the plan and make necessary changes, THEN (3) move forward. In most episodic stories, the character simply reacts then moves forward to the next obstacle WITHOUT making further plans. Quite often, older/wiser/stronger secondary characters will decide on the next step for him. Not a good idea! This gives you a weak main character.

3. The reactive character does not operate from his strengths.

He magically finds new skills when needed, rather than possessing them beforehand. He overcomes each obstacle by luck, intervention by someone else, or an amazing new talent that comes as a surprise to him.

2. What You Can Do to Save An Episodic Story

If you can see that your story IS episodic, then take the time to work out just what it needs. You may be able to fix the plot with minimal rewrites, but that’s unlikely. By having your main character make more decisions, you could easily find that he would have chosen a different direction. That’s probably a good thing… you’ve discovered that you’ve been more of a puppet master than a wise author who lets her characters learn by their mistakes.

Grit your teeth and get to work. After you’ve diagnosed an episodic plot, then operated on it, you’re going to be a much better writer.