How to Use Sub Plots 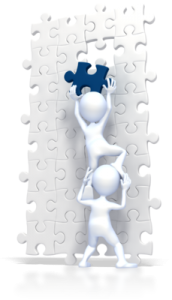 If your book is suffering from the dreaded ‘sagging middle’ syndrome, it’s likely that you either don’t have a subplot or you haven’t paid enough attention to your subplots. (In shorter books, such as those for juvenile readers, you can usually ‘pep up’ the middle by adding another challenge for the main character. Long fiction needs more.)

Some writers really wrestle with subplots. Either they’re not entirely sure what a subplot IS, or they can’t think of one that will blend well with the main story. The following tips will help you understand the role of a subplot, and learn how to create one that will work well with your story.

What Is A Subplot?

To understand what a subplot is, you need look no further than your own life. Of course, real life isn’t usually as focused as a novel (just as dialogue in a book is usually much ‘tighter’ than real-life conversation) but it will serve as a guide.

Here’s an example: let’s suppose that your immediate concern is to get out of debt. What’s more, you need money quickly. How can you get it? Let’s start turning this into fiction…

You’re a single parent. You need money. Your creditors are pressuring you. You’re renting, so you can’t sell your house to tap into the equity. You wouldn’t dream of stealing or breaking the law… so how can you get money quickly? (And after that, how can you get out of debt permanently?)

These three are very simple subplots, but any one (or all three) could be developed to provide extra conflict and to deepen the main story. When you start brainstorming subplots, look for ideas that will do these things:

Do NOT choose a subplot that has nothing to do with the rest of the story. (That is, if your main story is about someone who is trying to find a way out of debt, don’t create a subplot about a secondary character’s efforts to audition for a talent show. Not unless that secondary character is the Lead’s daughter or sister and needs MONEY to get to the audition!)

When Should a Subplot Start?

A subplot, if it is mainly about the lead character, should start as early as possible in the story. (If you’re running more than one subplot, then you can start others a bit later on.) For example, if we take the third subplot mentioned above (the main character being asked to return for further medical tests) then that can be introduced very close to the beginning of the story. We will be immediately able to identify with her fears. If the subplot mainly involves someone other than the main character (such as the first example above), it’s important to give the reader time to get to know the main character before you start the subplot rolling. A rule of thumb: introduce the main character first. Let the reader become ‘comfortable’ in that person’s skin, then introduce other characters and their problems.

How Do You Switch Back and Forth from Plot to Subplot?

Don’t alternate the plot and subplot – that can seem contrived. Rather, weave them together. In the example given above, the main character can be about to leave for a meeting with the realtor about unpaid rent when the phone rings. Her daughter wants to stay at a friend’s place that night, but she’s already grounded. The conversation can show the conflict between parent and child. The next day your lead character can arrive at work, worried because she has a deadline of two weeks to get the rent up to date before things will start getting nasty… only to find that her friend Marcie is rushing out of the boss’s office in tears. All indications are that Marcie is responsible for a security leak, but our main character knows that can’t be true.

Meanwhile, the pressure mounts… And so it goes on… just weave the strands of your story together. Occasionally, leave the main character and tell the story from another character’s viewpoint – the wayward daughter, or the friend who is being set up to take the blame for the security leak. Naturally the increased stress will make things harder all round for your main character. For example:

She can hear about a great part-time job that will allow her more time with her troubled daughter… but realises she would never be able to survive on the drop in income. She finds out that her medical condition requires prompt attention to prevent later problems, but she doesn’t have enough paid sick leave to take the required time off work. Her boss, knowing she is just surviving from day to day, is all too ready to believe that she’s in partnership with her friend selling company secrets.

Subplots will add life and interest to your story, and ensure that there is no let-up in the kind of conflict and tension that keeps readers turning pages. Just take a long look at your character’s life – and pick a subplot!