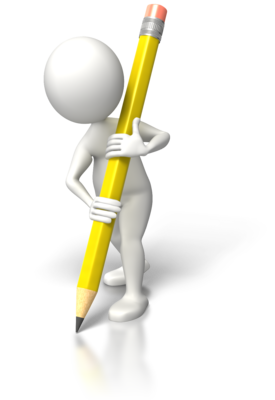 When you’re looking out at the world through the eyes of the scene’s viewpoint character, how do you show the reader what your character is like? You’ll be violating viewpoint if you suddenly step out of the character’s mind and look at her from a distance.

You can have her preen in front of a mirror, or catch a glimpse of herself in a store window – but these devices have been used so often they appear hackneyed. We’re going to look at three different ways of exploring a viewpoint character’s looks and personality. There are many more ways of showing your readers what your character is like, but these examples will give you a place from which to start.

First, we’ll start with the details. Let’s say you have decided that your character, Gwen, is someone to whom clothes, hair makeup have never been important. We’re going to assume that she does know HOW to apply makeup and make herself look presentable – but she rarely cares enough to bother. She feels most comfortable in casual clothes: jeans, tee-shirts, shorts, work-out clothes and soft zip jackets. She hates making small talk but can do it when the occasion calls for it.

Gwen is confident in the workplace (she’s a project coordinator for a multi-national company) but sometimes feels out of place at formal events if she has to mix with people at a higher social level.

She is usually , both at home and at work, but sometimes loses the plot if she has multiple deadlines and is under pressure. Gwen has fine blonde hair, hazel eyes, full lips, and a determined chin. Mostly she looks fairly ordinary, but when wearing makeup on she can turn heads.

You could probably easily imagine how someone looking at her would describe Gwen – but how do you handle it while you’re inside her skin? It’s actually a lot easier than you might think. We’ll put Gwen in three different situations and show the reader what she looks like while staying true to her viewpoint.

Example 1: Gwen is getting dressed for work, thinking about the presentation she’s going to make to some prospective clients.

The charcoal suit today, or the navy? The weather report had warned of strong winds, and she’d have to walk between buildings, so probably the charcoal; it was warmer. That decision made, she plucked out a cherry-red shirt and low-heeled black shoes to complete the outfit. The red added life to the corporate look – professional, but not dull.

The week she’d landed the job with Parker Enterprises she’d gone out and bought three pant suits: charcoal, mid-grey and navy. Within an hour she had found half shirts and shell tops in warm that looked good with all three basic suits, plus several pairs of shoes.

Her sister Lori, meeting her for lunch, had laughed. “Typical Gwen,” she said. “Always and practical. Don’t you ever shop just for fun?”

(This excerpt shows us what Gwen is going to wear, and tells us more about her as a person – , practical, not a ‘shopper’. And we learn she has a sister, Lori.)

Example 2: Gwen is at a work function where she’s obliged to .

Gwen swallowed a yawn and sneaked a glance at her watch. Oh God, it was only just after seven. She couldn’t leave for at least another hour. Who could she target next? There were plenty of prospective clients to woo.

Behind her, a familiar voice murmured: “Already trying to work out when you can escape? C’mon, Gwennie, show a bit more company spirit.”

Gwen and replied without turning around. “You’re so wrong. I’m just figuring out how best to the time that’s left. I can’t get around everyone. You know I live for these events…”

Mike came around into her field of vision. “Liar.” His glance swept over her. “You’re looking very glam tonight. Trying to impress anyone in particular?”

“Nope.” Gwen sighed. “Lori again. She dragged me to her pet hair stylist on Saturday. I got a lesson on how to use . That’s gooey stuff that makes your hair do what you want, in case you didn’t know.” She touched her hair, which felt unnaturally stiff. “Feels weird.” “Whatever you did to it works. But it’s not just that.”

Mike cocked his head on one side, studying her. “What else have you done?” “Stop it.” Gwen felt embarrassed, like a kid that had been caught playing with her mother’s makeup. “Just and stuff. You know Lori; she’s always trying to get me to be more girly.”

(This excerpt shows that Gwen can look glamorous, and does know what to do with makeup and hair products… but does so under duress. Note that you don’t have to go into details about what her hair looks like to understand that the effect is pleasing – Mike’s reaction and the dialogue is enough to make that clear. You could go on to add more about what she’s wearing, but be careful not to add too much detail at once – her clothes could score a mention later in the scene. Just introduce a few details at a time.)

Example 3: Gwen’s physical appearance. We’re going to show readers what she looks like by comparing her to her sister, Lori.

“You can spare an hour,” said Lori firmly. “Just one hour, and you’ll have the perfect outfit.” Her gaze swept over Gwen critically. “Socks and training shoes – when we’re shopping for clothes? Honestly, sometimes I wonder what planet you’re from.”

Gwen bared her teeth in a mock snarl. “Stop picking on me. You’ve been trying to push the Shopping Rules According to Lori on me since I was twelve – isn’t it time you gave up?”

“If you’d had to work at it as hard as I have, you’d understand,” said Lori, without heat. “Coffee first, or shopping?”

“Coffee, of course.” Gwen followed her sister’s stocky figure onto the escalator, wondering how long it would take this time. Lori approached shopping with military precision, mapping out the terrain and her planned attack well ahead of time. She was the only person Gwen knew who worked her way down from the top level of a mall to the bottom, comparing prices and garments, then decided on the final purchases over lunch before going back to buy.

Gwen, on the other hand, was a ‘dash in at the last minute and hope they’ve got something’ kind of person. Except for when she’d bought her basic corporate wardrobe in one morning: she was proud of that. She had to admit, though, that her sister’s approach had paid off, for her.

Except for her luxuriant dark hair, Lori had inherited all the least desirable family genes: she was short and inclined to put on weight if she blinked; she had her father’s hooked nose, her grandmother’s thin lips and the kind of fair skin that burned at the merest hint of sun. But Lori always looked good, thanks to careful application of makeup, great haircuts and carefully selected clothes. But she’d never seemed resentful of her sister’s good fortune.

Gwen was pretty much Lori’s exact opposite, with a tall, athletic body, her father’s olive skin, and her mother’s blonde hair and straight nose.

“Fifteen minutes,” said Lori, glancing back. “Then we look for a dress for your Saturday gig. Okay?” “Whatever you say, boss.”

(This shows us the difference in the two sisters’ looks and personalities – and thus tells us what the viewpoint character looks like.) Is there a “formula” to describing characters from their own viewpoint? Not really; you just need to select an approach that works. Here is a quick list of things you might try, including the above three: