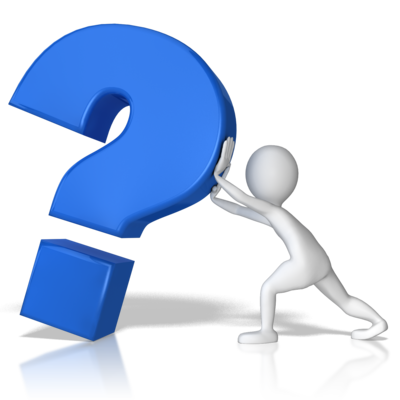 We all like to make our characters as three-dimensional as possible, so that the reader sees them as real people. We strive to show what they look like, how they feel, and how they react. We try to get right into their skin and use a variety of strategies to let the reader know what they’re thinking. We’re careful not to make them ‘too perfect’ – we reason that a flaw or two goes a long way to helping readers believe in our creations.

So why is it that – despite our best efforts – sometimes our characters STILL don’t come to life?

If you’re having difficulty, part of the problem could be the way you describe your character.

It’s all too easy to describe a character as though you’re reciting details straight from your character file. You know: “fair hair in a buzz cut, blue eyes, tattoo of an eagle on right shoulder” and so on. Even if you try to be subtle and show what a character is like by having her compare her looks to someone else in the family, it often just doesn’t sound convincing.

Here are a couple of possible reasons for ineffective character description.

1. Description is too prosaic.

E.g. you give a straightforward description of facial features: nose shape, eye colour, lip colour and shape, hair length and colour, plus general body shape. Sure, this tells the reader what your character looks like, on a superficial level – but it doesn’t tell us anything else about this person’s life, beliefs, or quirks. It’s like seeing a photo rather than a videotaped interview.

2. Description is too wordy or uses images that are unintentionally funny or bizarre.

There’s no need to go on about your character’s looks for pages and pages. The trick is to introduce just enough pertinent details to help your reader to instantly ‘see’ the character, then to build on that as the story develops. You have plenty of time to develop your main character, because this person will be ‘on stage’ for much of the book. There’s no rush.

For minor characters who will just make a couple of appearances, you may need to introduce a few more details upfront to bring them to life for the reader. Be balanced here – give just enough detail to be useful and interesting. And if you have a character who appears only once, you probably don’t need much description at all.

What do I mean by images that are ‘funny or bizarre’? Let me give you a few examples. I’ve seen characters described in a manner similar to the following:

“His eyebrows wiggled every time he frowned, fighting each other across the bridge of his nose”.

(I kid you not. I’ve changed a couple of minor details, but essentially – this is it.) Are you seeing this man’s eyebrows, or a couple of furry caterpillars fighting?

“She marched angrily across the room, her feet beating a furious tattoo on the tiles.”

I know what is meant here: she’s angry and she stamps across the room – making a noise as she does so. But because of the way this is written, I’m seeing feet ‘beating a furious tattoo’ rather than an angry girl.

Your job, as a writer, is to introduce your characters in a way that:

This might sound like a tall order, but let’s see how one writer has done this very successfully. The following extract comes from James Lee Burke’s PEGASUS DESCENDING, and describes a district attorney, Lonnie Marceaux. Note how much we find out about Lonnie’s appearance, educational level, intelligence, ambition and personal habits in just two paragraphs:

After lunch, she and I met with our district attorney, Lonnie Marceaux. When I first met Lonnie a few years ago, I had thought he was one of those people whose attention span is limited either by an inability to absorb detailed information or a lack of interest in subject matter that isn’t directly related to their well-being. I was wrong. At least partially. Lonnie was usually three or four jumps ahead in the conversation. He had been Phi Beta Kappa at Tulane and had published in the Stanford Law Review. But the real content of his thoughts on any particular issue remained a matter of conjecture.

Lonnie was blade-faced, six and one half feet tall, and had a body like whipcord from the marathons he ran in New Orleans, Dallas, and Boston. His scalp glistened through his crew cut; his energies were augmented rather than diminished by the two hours a day he spent on a StairMaster. When he turned down a position as United States Attorney in Baton Rouge, his peers were amazed at his sudden diffidence. But it didn’t take us long to see the true nature of Lonnie’s ambitious design. In spite of his own upscale background, he charmed blue-collar juries. The press always referred to Lonnie as “charismatic” and “clean-cut”. No high-profile case in Iberia Parish ever went to an ADA, and God help the man or woman Lonnie got in his bomb sights. He was on his way up in the sweet sewer of Louisiana politics and I believe had long ago decided it was better to be first in Gaul rather than second in Rome.

While not all characters will require this much detail, you can see how ‘different’ this is – Lonnie’s appearance and personality has been filtered through the opinion of the viewpoint character, rather than being done as a ‘paint by numbers’ description. As a result, the reader has a very clear impression of Lonnie as a person.

Part of the art of effective character description is to think carefully about how you describe them when they’re in action. Usually, you can tweak this to cast more light on the plot or characters.

For example, one of my students wrote the following sentence (I’ve changed the names of the characters, but apart from that this is exactly what was written):

“John pulled up in front of the house and jumped out of the car and raced around to open Mary’s door.”

As it stands, this sentence simply describes what John did. It’s bland, and not even well written as a plain statement of fact because it uses ‘and’ twice in one short sentence. This was my advice to that student:

“Slow down and think of the actual situation and how you can describe it to help the reader imagine it better. “Pulled up”, “jumped out” and “raced around” are everyday expressions that come to mind quickly. Your job is to let every sentence earn its keep – not just telling us what happens, but leading us to other understandings as well.

“Use this as an opportunity to enhance the emotional depth of the piece. For example, you could have had John turn off the engine and then turn to face her, while they are both still sitting in the car. Then you could show how she reacts to his face lit by moonlight… the tension within her; the urges that battle with her innate fear of men… he could look at her for a long moment, then turn away and open the door and slide out of the car. This would be a good opportunity to show her thoughts and doubts while he’s walking around the car to open her door: she can watch his tall figure in the moonlight. Let fears crop up (what’s she doing here with a man who is practically a stranger? Hasn’t she been punished enough by men? etc). Then he opens the door and extends a hand to help her out; you can bring in her feelings about the touch of his hand and so on.

“Don’t settle for the first words to leap from your brain to the keyboard and then to the screen. Those first words are usually the easy ones: the cliches and the stock phrases. Slow down. Put yourself in the heroine’s mind. Imagine what she’s thinking. Help the reader to experience her emotions and to see what she’s seeing. It’s a lot of extra work – but your writing will leap up a couple of levels.”

(Note: my advice was given in the light of what else I knew about the plot and characters – such as the fact that this man is practically a stranger to her; that she has a deep and abiding fear of men, and so on.)

Bottom line: when it’s time to edit your work, pay particular attention to the way you’ve described your characters, both when you first bring them on stage and when you show them in action. Go over your scene carefully and ask yourself whether you may have settled for the easiest way to do it, rather than the most effective.