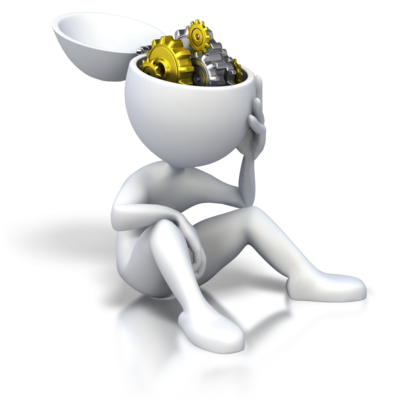 He ran up the steps and knocked on the door. After a few moments, it was opened by a woman with dark curly hair and a strained expression.

What you’ve just read are two simple sentences showing a common situation. So common that the author very probably has not given a thought as to whether her words reflect what really happened.

She wants her character to pay a visit to someone; she wants him to knock on the door; she wants someone to open the door. So that’s what she writes.

Sometimes, this is exactly what you need – a fast, simple transition to get you from one scene to the next. But sometimes, by not thinking about what other options you have to show the scene, you lose an opportunity to slip in some revealing information about your characters. Before you go on auto-pilot and write down a few clichéd lines, stop and think. Ask yourself:

To develop the scenario we started with: consider how people reveal character by

What could your character do besides ‘run up the steps’? He could pause and try to regain control over his emotions. He could trudge wearily up the path. He could pick his way over a child’s toys or around a rusting car up on bricks.

Did he knock on the door or did he press a bell push? Did the bell fail to work? Did the visitor find the door closed or was the main door open, with only a screen door between him and the inhabitant? Did the person inside respond to the first knock or ring? Or did the visitor actually have to go around to the back of the house, to see if someone was outside in the garden? (Was it a garden – or just an area of cracked earth with a few weeds struggling through?)

Whether we’re at the front door or back door – how did the person inside the house respond? Did they come to the door immediately, or yell “Be there in a minute!” Did they call out “Come in, Mary” – obviously expecting someone else? Did the visitor hear sounds of confidently approaching footsteps… or the shuffle of slippers?

Still out on the street, Luke looked at the house. Would she remember him? And if she did – would he be welcome? It didn’t seem likely, given the way she’d screamed at him when they parted. But people changed.

He took a deep breath and walked quickly down the sloping path to the front door. A carton of milk sat on the step, with a bill tucked underneath it. He bent down and felt the carton. It was warm. Kelly hadn’t been outside her front door today, then.

Had they got to her already? Anxiety knifing through him, he rapped sharply on the glass panel in the door.

By describing Luke’s actions in a way that is in keeping with his emotions, we are telling the reader a lot more – before we get to anyone actually opening the door. (We don’t even know if someone is going to open it… we are beginning to fear for Kelly, because of the way Luke interprets what he sees.)

Make this a rule: when writing or polishing your work, always ask the question:

“Does what I’ve written reflect what really happened? Or can I dig deeper and tell the reader a whole lot more?”