What Comes First – Characters or Plot 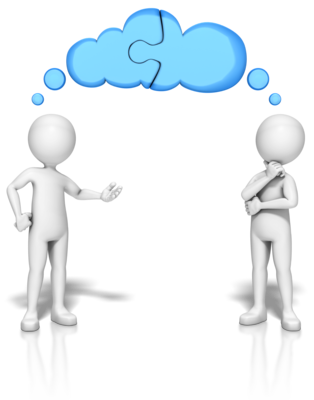 How do you actually begin a novel – by working out the plot, or starting with a character? And which is best?

The answer is probably pretty much what you expected: no one method is “best”. In fact, many authors have begun their first novel by working from a plot idea, then switched to starting with a character for their second. Here, we’ll look at the pros and cons of both methods.

FOR: You know where the story is going and what all characters have to do next. You don’t have to sit there wondering how on earth your character is going to get out of the pickle you’ve put him in – because you planned all that in Week 1. Even if you have to make some changes, you know your story well enough to compensate.

AGAINST: A highly structured plot can become sterile and flat. Characters are too ‘locked in’ and fail to excite the author, let alone the reader. Because ‘plot is all’, your characters never really come to life. They go through the motions – but you’re all too conscious that you’re a puppet master. Pinocchio ain’t got nuthin’ on YOUR wooden characters. Gloom, gloom.

Starting With A Character

FOR: You know your character so well that motivation is never an issue. The plot is never implausible. All action is driven by the character’s needs, wants and responses. Conflict works well because you know the secondary characters well too.

AGAINST: Your character never realizes his/her potential because the plot is too slight. The stakes aren’t high enough; the outcome is predictable; the storyline worn.

How to Weave Plot and Character

Not many aspiring novelists start a novel by sitting down at the computer with absolutely NO idea of where to start. (“Oh, I think I’ll write a novel today! Now let’s see… what can I write about?”)

Most writers have at least a vague sense of where they’re going. They may:

3 Tips for Developing Plot Out of Character

a. What does your character DO?

You can build a plot from where your character is now, in his/her life or career. Some examples:

b. What is your character’s secret?

c. Who does your character know?

3 Tips for Developing Character Out of Plot

a. Choose a character with traits that are necessary for the kind of growth you need

b. Choose a character that will surprise the reader

c. Choose a character with a fatal flaw

These are just a few tips. A couple of hours brainstorming will give you pages of ideas and fend off the dreaded writer’s block.

“What do folks remember most about a novel? I have asked this question many times, of all different kinds of people. Your answer is probably the same as that of most readers: the characters. Great characters are the key to great fiction. A high-octane plot is nothing without credible, larger-than-life, highly developed enactors to make it meaningful…. Hot plot devices may propel a protagonist into action, even danger, but how involving is that when the action taken is what anybody would do?

“Indeed, it is a common fault of beginning thriller writers to slam an Everyman, your average Joe, into the middle of something big and terrible. Such stories usually feel lackluster because the main character is lackluster. A plot is just a plot. It is the actions of a person that makes it memorable or not. Great characters rise to the challenge of great events.”