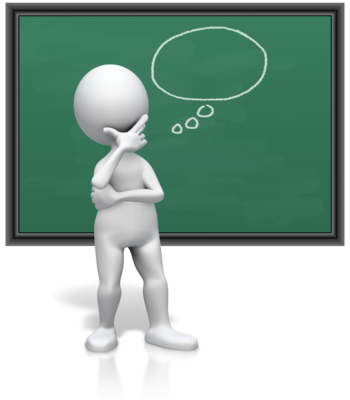 For many years, I’ve been a tutor for students undertaking courses in writing romance, crime or children’s stories. In that time, I’ve marked thousands of assignments. I’ve seen hundreds of plots, thousands of scenes, millions of words. And if I had to give writers one piece of advice after seeing all those millions of words, it would be this: “Always ask ‘WHY?'”

Because I’ve seen too many characters forced into ridiculous situations by a careless author. I’ve seen potentially good plots twisted completely out of shape – because the writer finds it easier to force characters to do dumb things than to sit down and come up with a stronger plot.

Believe me, you don’t want your readers scratching their heads in puzzlement and saying ‘But why would she do a stupid thing like that?’ or ‘As if anyone would say that at a time like this!’
Once readers start saying stuff like that, your book’s a goner.

Suddenly, the reader can’t believe in the character anymore. She’s become a puppet in the hands of the author. (‘Oh,’ says Character, ‘You want me to agree to meet this guy I know is a psychopath in the middle of the night, in a deserted area of bushland? Without backup, without a weapon, and without letting anyone know where I’ve gone? Isn’t that a bit… well… stupid? Oh, I see, it’s necessary for the plot to work… Well, okay then.’)

Now come on. What would you do in this position?

And that leads us to the golden rule when you are planning action for one of your characters. First ask, ‘What would I do in this situation?’ Your common-sense response is probably what most people would do. Here’s a useful chart you can use to ask your characters WHY they’re doing or saying those things, while there’s still time to change it.

“Why” Questions That You Should Ask:

DIALOGUE: Why Is My Character SAYING This?

If you get in first to ask your characters ‘why?’, you are far less likely to have editors and readers ask the sort of ‘why’ questions that you won’t like – ‘Why should I buy a far-fetched plot like this one?’ or ‘Why would anyone want to keep reading this?