The Secrets of Creating Unforgettable Characters

Are you finding that creating vibrant, lifelike characters is a lot more complex than you expected? If so, you are not alone! Others before you have said, in despair, such things as:

“My characters just don’t come to life. I can see them in my head – but on the page, they seem… wooden, somehow. It’s so disappointing.”

“I don’t know what’s wrong. My weakness is in character development – editors have told me that. But I don’t know how to fix it.”

“How can I make my characters well rounded, yet different from each other?”

These are only a few of the concerns that writers have about creating characters that really come to life on the page. It can be pretty disheartening, I know. I’ve been there!

In the early days of building my writing skills, I would have wonderful plots and scenarios in my head. I couldn’t wait to get them down on the page. YOU know what it’s like – you get lost in that wonderful world of the novel, identifying with your characters and plunging right into their world, and before you know it hours have gone flying by.

Then you read it back.

Your feelings of pleasure start to fade. You read it again, wondering why it’s not quite working the way you’d hoped. These characters are so real to you you can feel them… but it’s just not coming across.

Aaaarrrggghhhh! You stomp off to the kitchen to find something to eat that you don’t really need (or maybe a glass of something stronger than water). Maybe you shut a few cupboard doors a bit harder than necessary, or snap at the kids.

Not that any of it does any good. The next day you look at your writing again (yes, after having slept on it) – and you realize in despair that your characters are still two-dimensional.

Their conversation doesn’t flow. Their actions seem wooden. And even worse, your main character’s attitude seems self-pitying and defeatist.

You think gloomily that maybe it’s time to give up this writing lark. Huh. Some lark. More like torture.

And maybe for a week… or a month… you do give it up. But before long, you’re back at the computer, trying again.

Because really, you just can’t toss it all in. It’s too much a part of you. Writing is who you are. You’ve got to keep going. 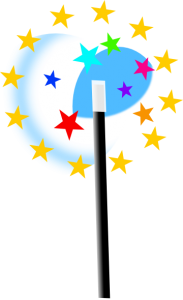 If only you could wave a magic wand and produce a book full of really unforgettable characters… characters that would make an editor jump out of her chair, grab the phone and ring you to say “When can you send the rest?”

Hmmm. Well, magic wands (the ones that work) are few and far between. (Where’s Harry Potter when you need him?)

But there’s something better than a magic wand.

Better than a ‘quick fix’.

Better than having somebody else do it all for you.

There’s the satisfaction of understanding just what does make characters work. Knowledge that you can use again and again: a step-by-step plan to creating characters that come to life on the page… a plan that you can follow every time you write a story, so your characters always work!

The thing is, with a plan in front of you – and trouble-shooting checklists to analyze your finished scene – you will have the best possible tools to do the job. Tools that you can use for story after story.

I thought so. So after surveying writers to find out their needs (and after seven years of being a writing tutor, seeing thousands of scenes and characters!) I decided to put together a course that would walk you through the steps of creating vivid, unforgettable characters.

After writing 5 distance education courses in writing for major educational institutions, having published over eighty books for adults and children, tutoring thousands of students and hosting writers’ websites for close to 20 years… I figure I’ve learned a trick or two to pass on! 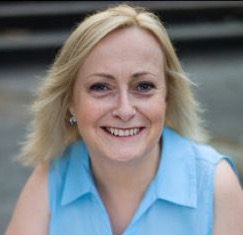 “After Marg reviewed the first 10 chapters of Malicious Intent, I sent them to a major publisher and was offered a two book deal.”

Malicious Intent became a bestseller in Australia and has sold to the USA, UK and Canada. All the positive reviews about the strength of the plot and characters reflect on Marg’s teaching. Her constructive comments were also mirrored by my editor at Pan Macmillan, which showed how on the ball Marg is about the publishing industry. Without doubt, Marg McAlister is the best writing teacher and mentor any writer could hope for. I’d recommend her courses to anyone wanting to improve their writing.” [Kathryn Fox, best-selling author of mystery/thrillers including Malicious Intent and Without Consent, and Private Sydney with James Patterson. www.KathrynFox.com]

This e-course has been designed to get you up and running quickly without taking months of your time. It has also been carefully planned to fit in with you and your specific needs. You can download all course modules at once, and work through them at your own pace.

Use the Self-Analysis Checklists to cast a critical eye over your own efforts, or use them when working with a writing buddy. You’ll find that these checklists are useful tools that can be used over and over again!

“BRILLIANT! This course will help spark your creativity and add oomph to your characters.”

“Entertaining and upbeat, each module offers something special that will help put the fun back into your writing. Marg’s tips and techniques will get your brain ticking faster than you can shout ‘best seller.’ Whether you’re a beginning writer or have a few books under your belt, I think you’ll find this course a fabulous investment. I highly recommend it.” (Jill McDougall, Author with over eighty publications to her credit) 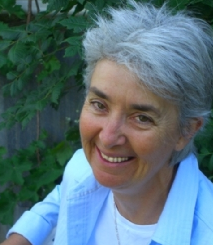 How is the Course Structured? 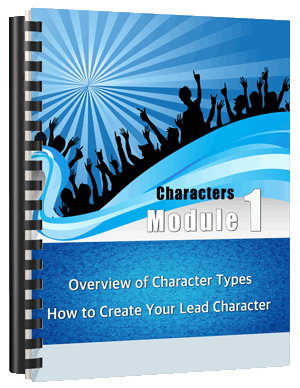 Overview of Character Types and Creating Your “Lead“ 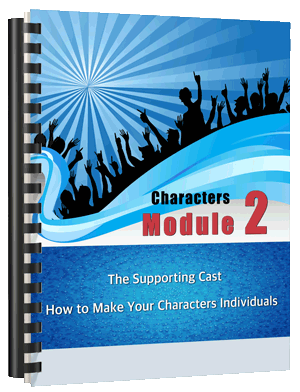 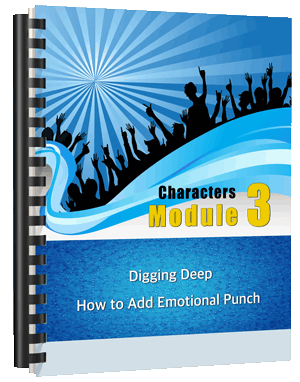 Why Emotional Punch is Vital to Your Success 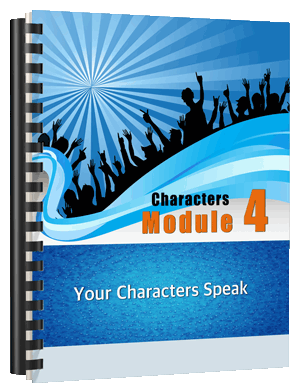 How to avoid stilted dialogue; blending speech, action and thoughts 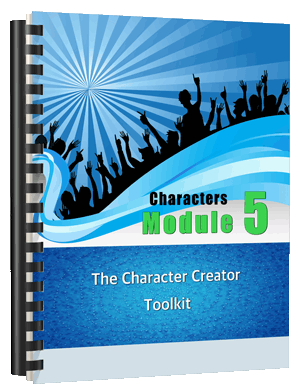 A grab bag of tips and tricks for different characters, genres and age groups…subtle tricks for revealing character

Commit to Just 5 Weeks of Focusing on Your Characters – and it Could Save You 5 Months (or even 5 YEARS) of Frustration!

Here’s how it works:

As soon as you sign up for the SPOTLIGHT ON CHARACTERS e-Course, you will immediately be able to download the bonuses shown below. Your Character Interview Sheet is particularly useful: it will help you get to know your character before the e-Course starts.

You will also be sent a general introduction to the course.

This is a 5-module e-course, which you should be able to complete in 5 weeks or less, allowing time for the writing tasks. Each module will be in the form of a PDF document. We use PDF format because it can be viewed on either Macs or Windows computers, and gives a high quality result when printed.

You can download each PDF individually (handy if you plan to read them on a tablet) or download all the course content at once in one zip file.

Each Module has its own Self-Analysis Checklist that will help you assess your performance on the writing task, as well as your understanding of the content of the module.

You will find this invaluable to keep at hand when you are shaping your story people. Keep this and the rest of your course materials handy, and you will find that you are the owner of a “Character Creation Bible” that you can file and keep as a handy reference forever!

Simply by working through this course, you will soak up dozens of invaluable tips on creating memorable characters. But the information in it will be an essential resource that you’ll want to have at your fingertips whenever you need it.

If ever you get stuck with a character that’s not working for you, just read through the notes, whip out your Self-Analysis checklists and before you know it, you’ll have the problem sorted. Now that’s peace of mind!

These things are priceless.

BUT…that’s not all you’ll get out of doing this e-course! I have some special bonuses for you. 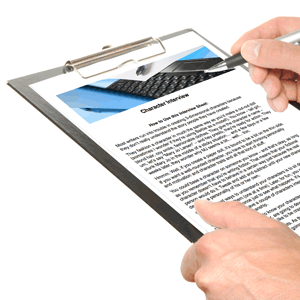 What questions do you need to ask your characters to make sure you really know what makes them tick? All the questions you need and how to interpret the results!

Previous students have found that the character interview process gives them insights into their characters beyond what they’d thought possible! The results will surprise (and delight) you. And best of all…it’s fun! 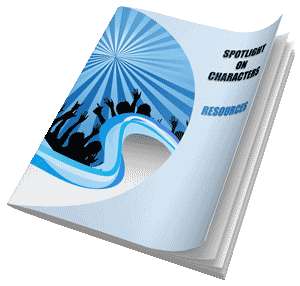 Useful Resources for Creating Your Characters

An e-book of great resources for writers to help you get your characters just right.

You’ll find both website links and relevant articles on everything from coming up with names to gradually building characters!. 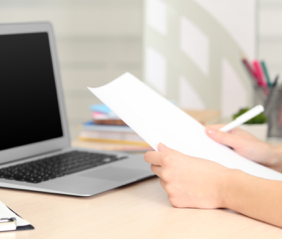 You’ll love this one. As soon as the course is finished, you receive this handy character creation ‘cheat sheet’. It’s super-easy to measure each character against a set of criteria before you get in too deep! (Delivered at the conclusion of the course.)

When you sign up for this course, you will receive a ‘welcome’ email with a coupon to get any of the Busy Writer books (including the boxed sets!) at 70% off. 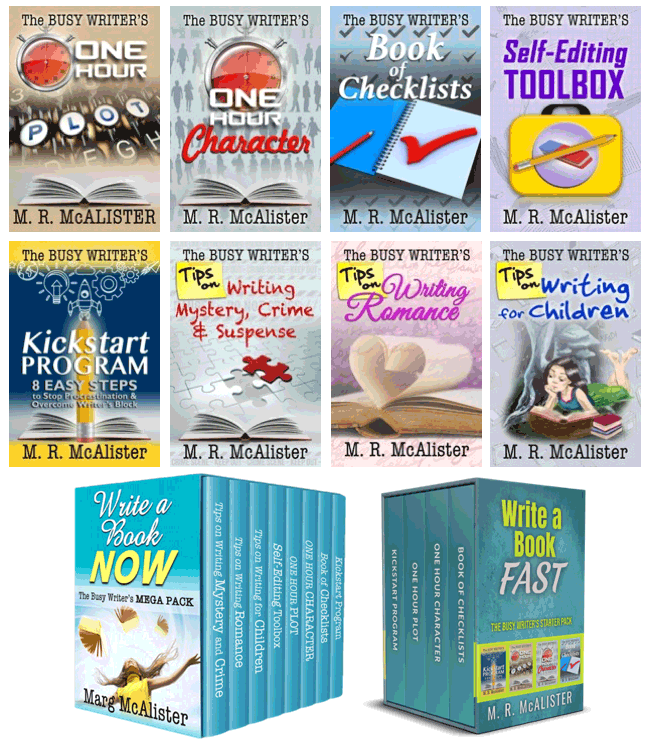 This has now changed – and YOU are the winner. I’ve decided to spend most of my time focusing on writing and marketing my fiction, but I don’t want to pack away my flagship courses in some dark digital cupboard. Too many hours and too many years of experience have gone into them to let them fade away.

So allow me to present to you the 2022 version of SPOTLIGHT ON CHARACTERS, all shiny and new and up to date. Given the rock-bottom pricing (see below) there will be no personal feedback. Instead, I’m providing Self-Analysis checklists to test your understanding of each module and the Writing Tasks – and I strongly encourage you to do the course with a writing buddy, so you can discuss the course content and critique each other’s work.

With this course at your elbow, you will be armed with the tools to help you come up with vibrant, interesting characters in all your stories. Characters that will help to convince your readers that they simply can’t miss your next book!

The price? Close to unbeatable! You get to choose what you want to pay, with a “cup of coffee” bottom line. These are uncertain times, and hundreds of thousands of people have been forced into lockdown against Covid-19, or lost their jobs, or have had to scratch out a living on a severely reduced income. A good many of those people are looking for ways to earn money while working from home… and hundreds are thinking about maybe writing a book. They’re just not sure where to start… and it’s a gamble to risk savings on a course.

Now… you can get the information without the risk. 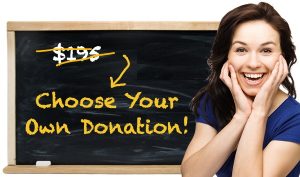 YES! I’d love to do this course. I choose to donate:
(Use PayPal or a credit card)

I look forward to hearing about your success!