Why Make Your Main Character Likeable? 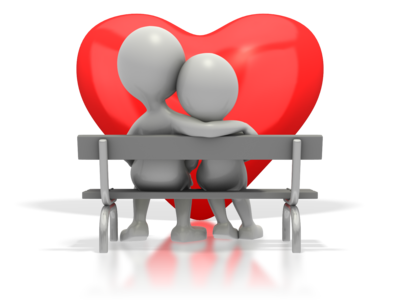 Let’s make it clear from the start that I’m not saying that ALL your characters should be likeable. Of course not. We all need characters that we love to hate! But when it comes to the main character – think carefully before you present this person to your readers. For the purposes of this article, we’re going to refer to the main character as “the hero”. Used here, this is a generic term which applies to females as well.

1. Make Your Main Character Someone With Whom YOU Would Like to Spend Time.

Let’s face it: if this character is someone YOU’D go out of your way to avoid, how can you expect readers to spend hours of their time ‘becoming’ him or her? For that is exactly what happens in a novel – if it’s well-written, the reader forgets that she is reading and becomes totally absorbed in the story world. She knows what the main character is thinking, what he is feeling, what he sees, what he hears, what he touches, tastes, smells and senses.

When you’re deep inside someone else’s point of view, you are looking at the world through that person’s perspective.

It’s one thing showing what the hero of the story does when he encounters these people and has to deal with them. It’s quite another to be forced to spend the entire book inside the skin of someone you wouldn’t spend five minutes with in your own world. If readers don’t like the main character, they will stop reading. And who could blame them?

2. Give Your Main Character Challenges – But Give Them Enough Backbone To Deal With Them

You don’t have to make your character bland and boring, or a goody-two-shoes. It’s quite okay to give your character a few flaws – in fact, it’s desirable. Readers get bored with too-perfect characters. (Understandably. Most of us are not perfect ourselves. We prefer characters who are more lifelike!)

However, when you are choosing flaws, be careful about the ones you choose and how you handle them. An example: Let’s say your character has a quick temper. She knows this. She knows it’s a flaw. Most of the time, she battles to control her temper – and most of the time, she wins. But occasionally – probably, rarely – she lets fly and hurts someone with her words or actions. She is consumed with guilt and regret – and wonders if she’ll ever overcome this tendency. She is worried because she has experienced first-hand what it’s like living with someone who has a bad temper, and makes no effort to control it. She has spent too many years on tenterhooks, wondering if it’s safe to go home. This is okay. It’s a believable character flaw, given her background. It’s also something that can largely be controlled. We admire her for her stance, and when she does allow her temper to get the better of her, we suffer with her as she tries to make amends.

We would NOT be sympathetic, however, if she lost her temper regularly and thought she could make up for it by simply apologising. That does not show control. That does not show a sincere desire to change. And above all – we don’t like to be around people who are constantly bad-tempered. We don’t like them, and it’s no fun. Readers feel just the same way.

3. What Makes Us Want Characters to Win Through?

Again, you simply have to turn to real life to find guidelines for creating characters that readers will eagerly get to know. We cheer for people who:

We become irritated with (or actively detest) people who:

I know that both these lists could be a lot longer. I’m sure you can add to them – and it would probably be a good exercise for you to do so. I have read plot outlines where the heroine spends most of the book suffering from extreme depression. Like most people afflicted with this malady, the heroine is incapable of helping herself – life just seems too grim. While this person could have a place as a character in a book, she would not make a good MAIN character – because the reader has to spend too much time in her skin. Too depressing! If you want to tell the story of someone like this, tell it from someone else’s point of view (someone we like). Other plot outlines have told me about:

Before you sit down to spend months – even years – writing a book about someone that nobody wants to spend time with, stop and think. Start by making a list of attributes YOU like in a person. Then think about the characters that have annoyed you in published novels, as well as characters that you liked. Especially try to remember those characters that left a real mark on you – ones that you desperately wanted to ‘win’, and that you thought about long after the book was closed.

NOW it’s time to create your characters. Likeable characters, that will reward your readers for spending time with them – and that will inspire an editor to say ‘yes, we’d like to publish your book!’