Your very first email will contain a gift – a free ebook, available only to my readers! 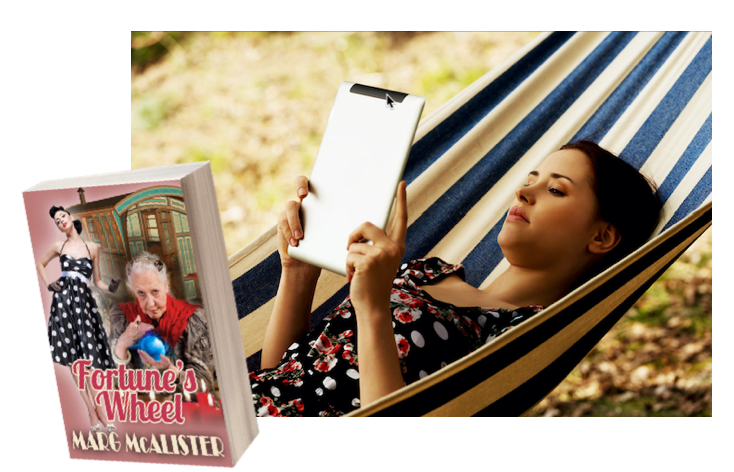 So many of my readers were curious about Rosa’s early life, and whether Georgie showed any potential to see the future as a child… finally I gave in and wrote Fortune’s Wheel to give you a peek into what made Georgie who she is! I hope you enjoy reading it.

To collect your free book (and other good stuff and freebies in the months to come) just fill in your details below to tell us where to send it.

(Remember to check your email inbox for an email from me… and click on the link there so you can receive your freebie!)

For more of Georgie’s Adventures…

The Georgie B. Goode Gypsy Trailer Mystery Series – Series One

FIND THEM ON AMAZON
(These are all free in Kindle Unlimited) 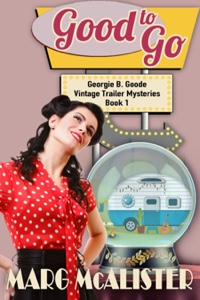 Georgie B. Goode decides to take to the road in a vintage gypsy trailer – but finds herself up to her neck in trouble from the very first stop!

If your country is not listed, go to Amazon and search for: B00ZC4VO7W 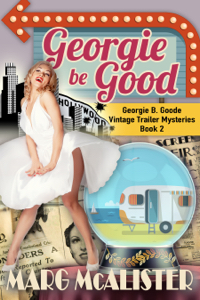 When Sarah West turns up at a vintage trailer rally to see if Georgie can help her falsely-accused husband, Georgie just can’t bring herself to say ‘no’.

If your country is not listed, go to Amazon and search for: B00ZC6UFN4 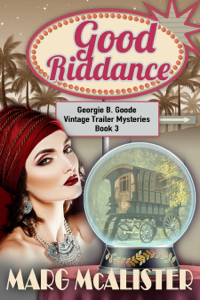 Georgie meets a teenage boy who seems more set on having her arrested rather than seeking her help….but she knows that there’s more behind his football-jock muscles and acne scars than meets the eye.

If your country is not listed, go to Amazon and search for: B00ZC8DYEO 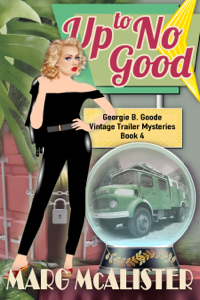 If your country is not listed, go to Amazon and search for: B010NCRYSA 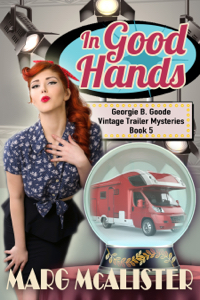 Jaxx Saxby is widely known as “The TV Presenter from Hell”, so it’s a very a reluctant Georgie that finds herself back in Elkhart to take part in a cable TV special. Then Georgie realizes that Jaxx is in grave danger…

If your country is not listed, go to Amazon and search for: B012MLDVNC 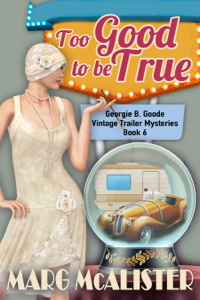 Book 6- Too Good to be True

Twelve-year-old Charlotte Draper begs Georgie for help to clear her older brother, Ricky, of the crime of which he’s been accused. Will he be welcomed back into the family?

If your country is not listed, go to Amazon and search for: B014854AVC 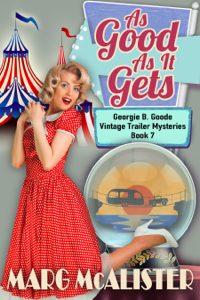 Behind the cheerful music, the clever stunts and the flamboyant costumes at Callaway’s Circus, there lurks a traitor: a heartless saboteur who wants to put the family out of business – at any cost.

If your country is not listed, go to Amazon and search for: B015U0UYB4 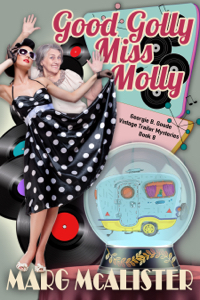 Miss Molly, loved by everyone in the vintage trailer community, is in trouble. Someone close to her is to blame – but who? Is it the thief one of the waifs and strays that she welcomes into her home, or someone she considered a friend?

If your country is not listed, go to Amazon and search for: B017EH05HO 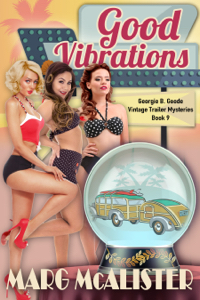 At a week-long 60s-style beach party with her friends, Georgie takes time out to locate a missing child. All too quickly, things take a turn for the worse.

If your country is not listed, go to Amazon and search for: B018FHOQQI 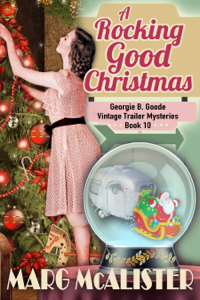 Georgie doesn’t usually stop for hitchhikers, but she is sure that Santa Claus is a pretty safe bet! Unfortunately, she’s wrong — but by the time she realizes she’s in big trouble, it’s all too late.

If your country is not listed, go to Amazon and search for: B0196FI7N6

Series 2: GEORGIE DOWN UNDER

Georgie decides to get away from it all by going with Scott for a nice, peaceful visit to Australia. Hah! His family has other ideas…uh oh: more madcap adventures and challenges for Georgie! 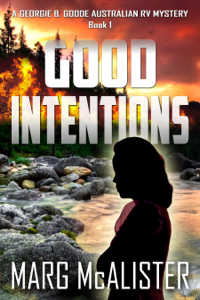 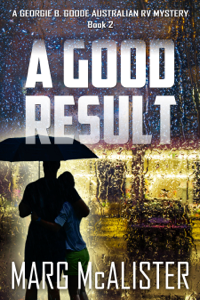 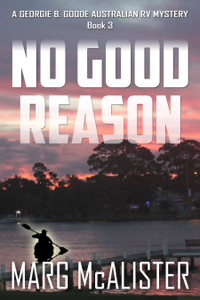 Regular readers know that Tammy is hiding something dark in her background. So…just what did happen to cause Tammy to leave her family behind and stay with her aunt? And why did she feel she had no choice but to go back to Louisiana and confront her father and brothers? 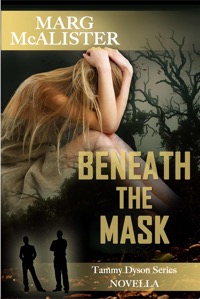 On the surface, Tammy Dyson’s life is idyllic. Her mother Susannah is bubbly, generous and talented, and her father Danny is highly respected in the community. Her handsome football-hero big brother Garrett is wildly popular, and even 18-year-old Kyle seems to have settled down at last, working for his uncle.

But all is not as it seems…
Beneath his genial public mask, her father is a cold-hearted con-man, and both of her brothers take vindictive pleasure in tormenting her. All three resent the way Tammy’s mother protects her.Then the worst thing imaginable happens: Tammy’s mother is diagnosed with terminal cancer.
Tammy is not only heartbroken but increasingly fearful. Her father grows angrier and less predictable by the day, and when nobody else is there to see, her brother Garrett’s violence escalates.  Tammy tries to keep things afloat, but as her mother’s health deteriorates she finally cracks and phones her aunt Nat to beg for help.
One of the few people who has never been fooled by her brother-in-law’s public persona, Nat Arnold immediately makes her way to Baton Rouge to look after her sister in her final days. Keeping her eyes and ears open, she is shocked and angered by what she finds. Racing against time, she becomes embroiled in a dangerous game to expose Danny Dyson and rescue Tammy before things spiral too far out of control.
We have placed cookies on your device to help make this website better.  You can change your cookie preferences in your browser settings. Otherwise, we’ll assume you’re OK to continue. Click here to read our Cookie Policy